Infants spend most of their time in their first month sleeping. This is very important as an infant will grow continuously and need rests to process new information that they receive. It’s important to lay infants in a safe position because under some certain conditions, infants can be at risk of chokes. Because infants can’t move as well as older children, parents have to be careful in keeping baby safe while they are sleeping.

Sleeping on the back is the best 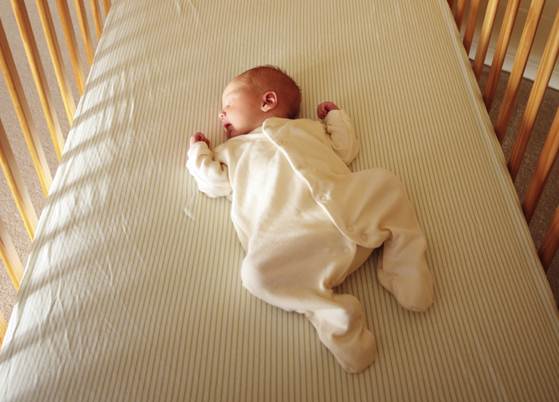 Sleeping on the back help reduce the chance of SIDS.

An infant always sleeps on his back, not on his belly or on one side. Sleeping on the back help reduce the chance of SIDS – sudden infant death syndrome. This could be due to the fact that infants can breathe easily when lying on their backs. Infants also don’t have enough strength to lift their heads up while lying on their abdomens, which makes they face the risk of chokes.

Because infants can’t control their muscles, they can’t drag blankets off their head. Therefore, when children are young, it’s acceptable to place blankets around their waists and tuck the blanket in the mattresses. But, once children can kick it, it’s no longer safe to do so. Instead, use a sleep sack or a blanket that babies can wear in to help them stay warm and safe. Also, remove other bedding, such as crib bumper to help babies sleep safely. Infants shouldn’t sleep on sofa, soft mattress or chairs because, in those cases, the risk of chokes is very high. 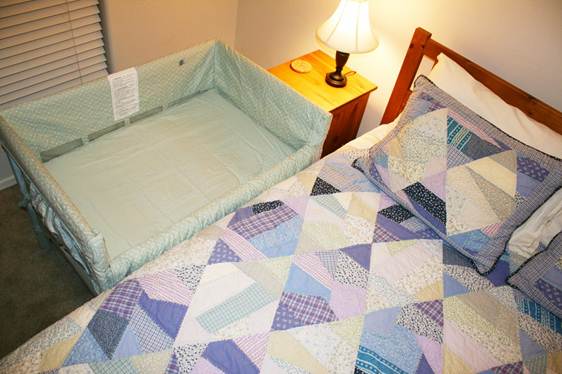 Specialists recommend placing a crib next to the bed, a mobile crib that can directly connect to adult’s beds.

Sleeping together or let infants sleep in your bed can be beneficial to a mother who is breastfeeding as she doesn’t have to leave the bed to breastfed her babies. However, there’re side effects on the safety of the sleeping position. Sleeping together must be done safely. This means you have to keep your baby away from mattresses and keep them in a safe location in which he can’t roll out of the bed. Specialists recommend placing a crib next to the bed, a mobile crib that can directly connect to adult’s beds, provide advantages of sleeping together as well as eliminate risks.

Sleeping with a dummy 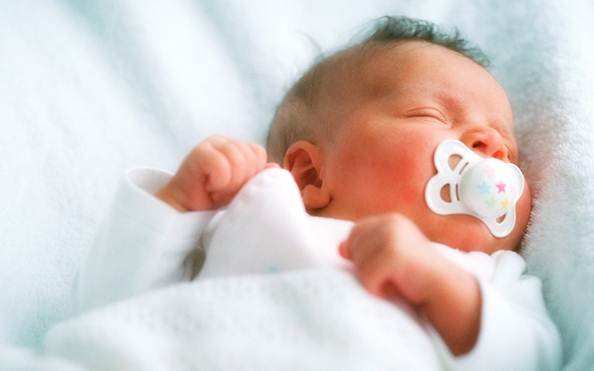 Using dummies is proved to reduce the rate of infants die of SIDS.

Some babies like sleeping with dummies while others don’t. According to Lucile Packard Children’s Hospital in Stanford, using dummies is proved to reduce the rate of infants dying of SIDS. It’s not necessary to every infant. However, they’re warning about letting children use dummies in so soon an age. A baby under 1 month old can misunderstand nipples if they’re allowed to use dummies too early. 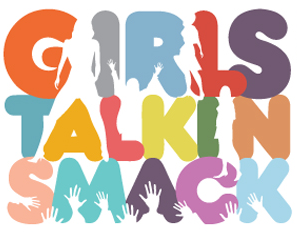